how to create your own site

The vast Change of Advertising in the Age of Industry 4.0 and AI

The Advertising Eco System is currently undergoing its most impacting change, likely since the “invention” of any kind of AdVerts at all.
The visible effects are M&A transactions, decades serving CEOs stepping down and Companies questioning their whole business model, putting it on the test bed. But this is just the tip of the iceberg, with its true driving forces yet deep under the waterline.
What is it that changes the system and what will we still have to expect? The obvious things, also visible, just above water line, is the game changer internet. Some internet companies really dictated a rule change by introducing a kind of partially individualized advert approach. By evaporating data from users through all kind of channels, they offer to advertisers an individual approach to consumers. This, without any doubt, created initially a magnificent hype as it seemed to be so obvious that this would measurably increase the AdVerts’ impact. Waking up came only recently, when major players realized that the bottom line positive impacts are pretty limited and even more: cannot be measured with confidence.
So we are now in the phase of leaning back, re-evaluating what has been done so far and where it can walk from here. We clearly see budgets of major players being re-directed from the Internet to other, classical channels, to make sure the Internet part of the system hears the gun-shot after a minimum 2 years of talking and no action. But again, this is all just above water-line, well visible. Underneath is much, much more to come. We will be facing the results of a convergence among several industrial streams, all leading and about to unite in one big ocean.
Already under way is the Internet-TV convergence. There are companies , like e.g. ivitec, tvty and TVadSync, offering a “Trigger” that synchronizes an event on TV with their B2B clients’ activities on the internet. This is providing just the missing link between the two magnificently huge infrastructures, the Internet and the TV Systems with remarkable and measurable success. When decades ago the catalog retailers were proud if they could say: “our catalog is right on the living room table of our clients”, the paradigm of the Internet + TV approach is: ”we initiate the dialog through a TV broadcast, but afterwards we can talk to each interested client individually through the internet”. So, it is in fact “a personalized sales guy right in the living room”. Obviously a quantum leap forward.
It can also be observed that not all media agencies are in full control of this trend. With the result that some projects under execution by-pass the agencies because the advertising clients march on their own with some pilot projects. Nothing to worry yet for the agency side, but at least a signal to get alerted.
But there is much more to converge towards each other. We have Industry 4.0 underway with its each household sister, the Internet of Things (IoT). The number of Smart Homes will grow exponentially and with it will the number of semi-intelligent devices simply explode. The data sucking engines of our world will be drowning in data as a consequence, and luckily enough solutions are also already there in form of approaches to truly “Big Data” and Artificial Intelligence (AI).
AI, having been a hype word for more than a decade, now left its infancy years and is maturing fast. What I mean is not the purely enthusiastic “AI only” approach, but the AI augmented with model based approaches like ontologies.

In such combinations the pure AI overkill by data is avoided, as the models augment a kind of stabilizing framework, like the concrete and static walls do for a house. Companies like Semafora and Empolis are providing such combinations. It also can be assumed that IBM’s Watson with its general approach has such combinations implemented.
In any case will the statistical information that will be available to AdVert campaign managers grow to never before seen heights. And it will be available in real time. We will see “cockpits” for the campaign managers, where they can monitor the effect of their campaigns in real-time and they’ll be in the position to change them on the fly.
By applying “advanced statistics” like Bayesian statistic, there are even very reliable confidence intervals to each prediction. So relying on those intervals, the campaign manager can simulate the worst case and best case economical impact of his decisions, all in real time. He will be much more of an “Advert Pilot” than the classical campaign architect of the past. This will not only require a totally new type of Campaign Manager, but it will also put the current Advert Eco System onto the test bed.
Where will the Campaign Managers be located? If the agencies ride this wave, they could stay in control and provide this service. But it could also happen that the advertising companies do it all on their own. Or it could, happen that new players show up, from the “long tail”, offering just this new type of service to the advertising companies.
Without any doubt there will be several legal data privacy challenges that will have to be solved, specifically in Europe. But combining statistical accumulation with some double-opt-in procedures, those inhibiting elements will get under control.
There are very interesting times ahead of us, I am always very careful with the word “paradigm-shift”. Specifically because once you are in the middle of such a shift, you very often don’t realize it at all. Only after the fact one can say: “oh, this was one”. But looking at what currently is going on, with all its ingredients, I think I can risk to say: “The Advert Eco System might just be in the middle of a paradigm-shift”

Dr. -Ing. Joachim Redmer is a Mechanical Engineer per Education, with his degrees from RWTH Aachen. He looks back to 38 years Executive career in the IS Industries where he held key leadership positions within IBM, SGI/CRAY, BEA Systems as General Manager, Vice President and Managing Director. During the last 10 years he helped start-up companies to prosper. Since 2012 he has been engaged with a company providing technologies for the advertising and media industries (ivitec). 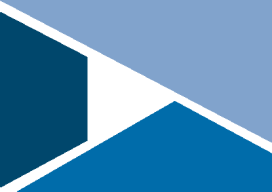 Thanks for signing up to our newsletter. We do occasionally send you insights and updates to ivitec.